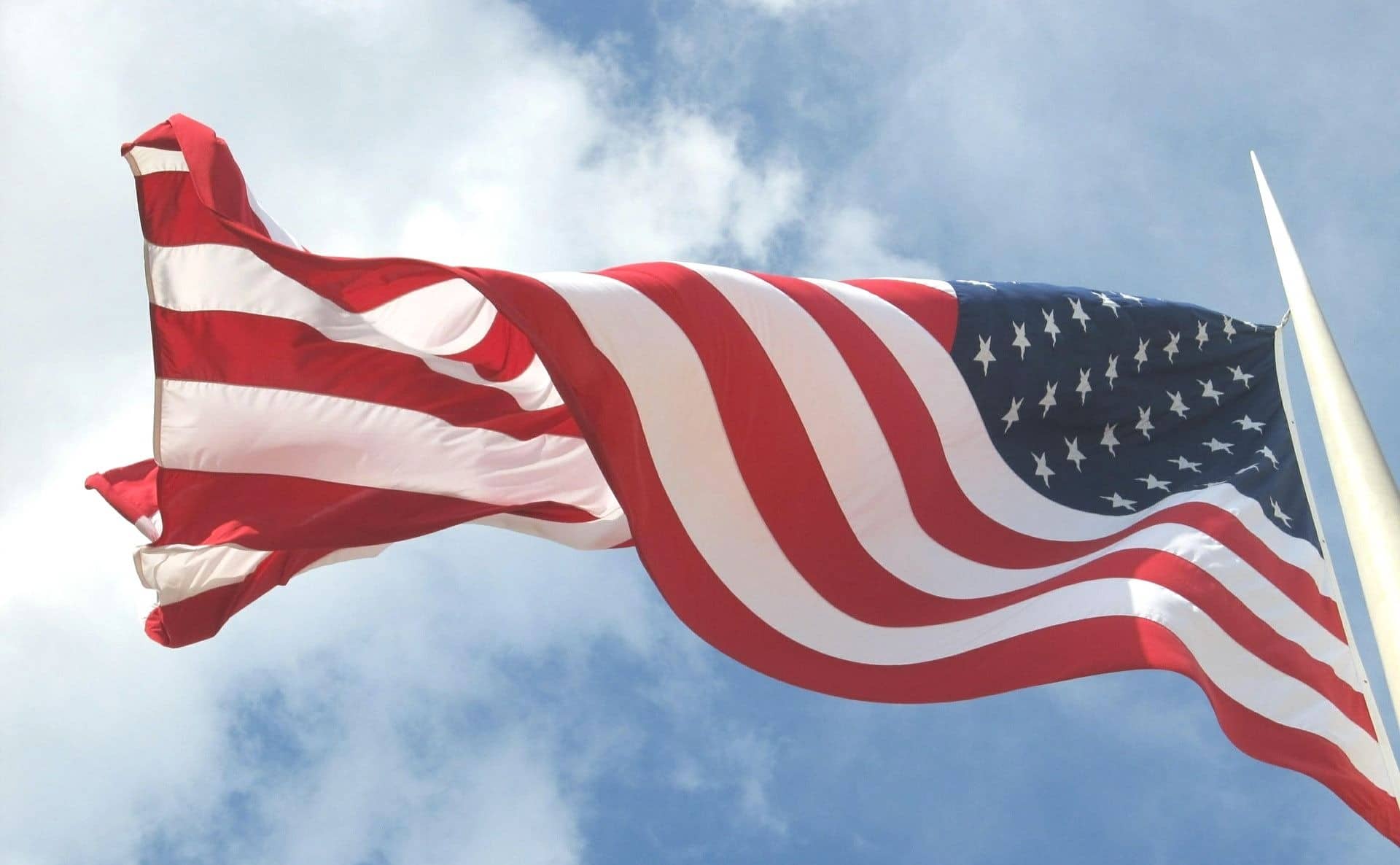 You should never throw an American flag in the trash.

The American flag represents the rights and freedoms that come with American citizenship, as well as the sacrifices many individuals throughout history have made to help preserve those freedoms. As such, even tattered and faded American flags should be treated with respect. Finding the proper way to dispose of an American flag is another way to show your love for the United States of America, and there are several honorable ways to go about it.

According to the United States Flag Code, when an American flag is no longer fit for display, it should be disposed of in a dignified manner. This means that once a flag has become tattered, faded, or otherwise worn out, you should consider searching online for “flag disposal near me” or trying one of the ideas shared below.

Donate your old American flag to be repurposed.

Some organizations accept American flag donations. They will respectfully repurpose the flag or parts of the flag for a good cause. Two such organizations you may want to consider donating to include Stars for Our Troops and Stockings for Soldiers. Before donating your flag, be sure to confirm that it meets the organization’s criteria. For example, some organizations only accept flags that were made in the United States or that are a specific size. You may also be able to donate your old flag to a local or national cemetery. You can make a few calls to see if one of the cemeteries in your area accepts American flag donations.

Take it to a local flag disposal box.

An old American flag can also be taken to a flag disposal box in your community. Depending on your location, police stations or local government offices may have a flag disposal box where members of the community can leave their worn-out flags. You can try searching for “American flag disposal box near me” to find a nearby location where you can take your flag. Additionally, you may also find that local organizations, such as the Veterans of Foreign Wars, Boy Scouts, or American Legion, accept faded and tattered flags throughout the year. Many of these organizations save the flags and burn them during a Flag Day ceremony.

Hold your own flag burning ceremony.

According to the United States Flag Code, the preferred way to destroy an American flag is by burning it. If you have a torn, faded, or tattered American flag, consider holding your own ceremony and burning it. Gather friends and family together and consider sharing some things that make you proud of the United States of America before respectfully placing the flag into the flames. Consider holding your ceremony on June 14, which is Flag Day. Many organizations, such as the American Legion, hold ceremonies to dispose of American flags on this holiday, which was officially established in 1916 by President Woodrow Wilson to honor the country’s flag. However, it is important to note that polyester or nylon flags should not be burned. Burning these materials can create smoke that could be dangerous to inhale.

Bury it in a wooden box.

While the United States Flag Code does specify that burning is the preferred method for destroying the flag, burial is another option to consider. Burial is often the chosen method for American flag disposal for nylon or polyester flags that cannot safely be burned. If you would like to bury your American flag, start by properly folding the flag into the ceremonial triangular shape. Handle the flag with care, and place it in a wooden box. Bury the wooden box a few feet below the ground. After the burial is complete, consider holding a moment of silence.

The Sign Store and Flag Center works with our local American Legion posts to ensure that all flags brought in for disposal by our customers will be respectfully, and properly disposed of, per the proper etiquette. If you have an old flag that you no longer need, we would be happy to take it off your hands, just bring it into the store, and we will do the rest!